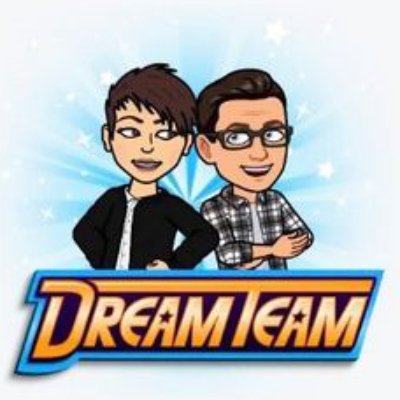 Scott and Janet Robinson have lived in BridgeMill since 2008. They have been known over the years for hosting events that leave no minor detail undone. When you put together their love of art, magic and events, you get THE MAGIC CANVAS!

They have a 28 year old daughter, Jessica, who’s a flight nurse (married to a nurse, John)  and a 16 year son who’s a real life superhero and happens to be on the autism spectrum (mind ya business if you see him riding around on his scooter, cape blowing in the wind).

Having a son on the autism spectrum has highlighted the importance of advocacy, acceptance, diversity and inclusion. They are both on the Advisory Board of Best Buddies of North Carolina which is an organization that consists of volunteers who create opportunities for people with intellectual and developmental disabilities (IDD). Their goal is to always celebrate diversity and inclusion by providing a place for employment and a safe space for individuals with IDD.

Scott and Janet are both Family Mentors for incoming students majoring in Social Work at the University of South Carolina School of Medicine/Pediatrics. Janet has served on the Advisory Council for Educating Students with Disabilities for the South Carolina Department of Education in the past and currently lends her experience to families seeking resources.

Scott is a 31 year veteran of Microsoft and is currently in the role of Director of Cloud Solution Architects for Mission Critical (whew). He loves technology, but loves MAGIC even more. Those who frequented Carowinds in the 80’s might have been lucky enough to catch him performing on his very own magic stage there. He had groupies galore who made special gifts for him including pillows with his picture on them. After Carowinds, he continued to wow audiences at King’s Island in Cincinnati, Ohio. Even though he joined Microsoft, he continued doing sleight-of-hand magic and is known in the world of magic as an “underground legend.” After publishing over 100 magic tricks, a book containing 47 of his most beautiful effects was published by Vanishing, Inc. in November of 2019 and sold out within weeks. It’s currently on its second printing. Sleight Club is Scott’s brain child and is a local magic club that brings together some of the greatest magic minds in the area.

Before setting her sights on bringing The Magic Canvas to life, Janet was the Director of Training for a national school photography company and spent her days writing and delivering training plans in schools and daycare throughout the country as well as overseeing a dynamic team of photography managers from coast-to-coast. She loved getting smiles out of kids in daycares, elementary, middle school and even convinced a teen or two to smile for their senior portraits. She continues to volunteer with various organizations serving individuals with disabilities and being an advocate for families with autism. She paints for stress-relief, crafts just because and believes everyone can feel the magic of creativity regardless of their ability/level